6 Ways To Spend Less on Food 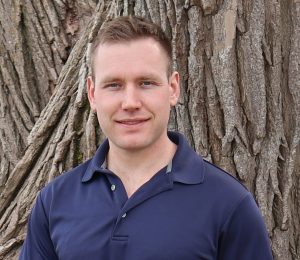 Food is the 3rd largest expense for people in developed nations. Here are 6 easy tips to cut down on your food costs.

Food is the 3rd largest after-tax expense in the U.S and Canada, exceeded only by shelter and transport costs. Canadians spend 11% of after-tax income on food1 and the U.S. is similar at 10%.  It’s sensible to focus on these huge expense categories before stressing over small expenses such as your $2 coffee.

Food spending relates to your habits. These include your cooking habits, shopping habits, food management habits (leftovers), and even your social habits. Tiny spending decisions add up over time to make a big difference, especially when invested.

Here are 5 tips to spend less on food, from a guy who devours over 3000 calories each day for less than $200 CAD per month. 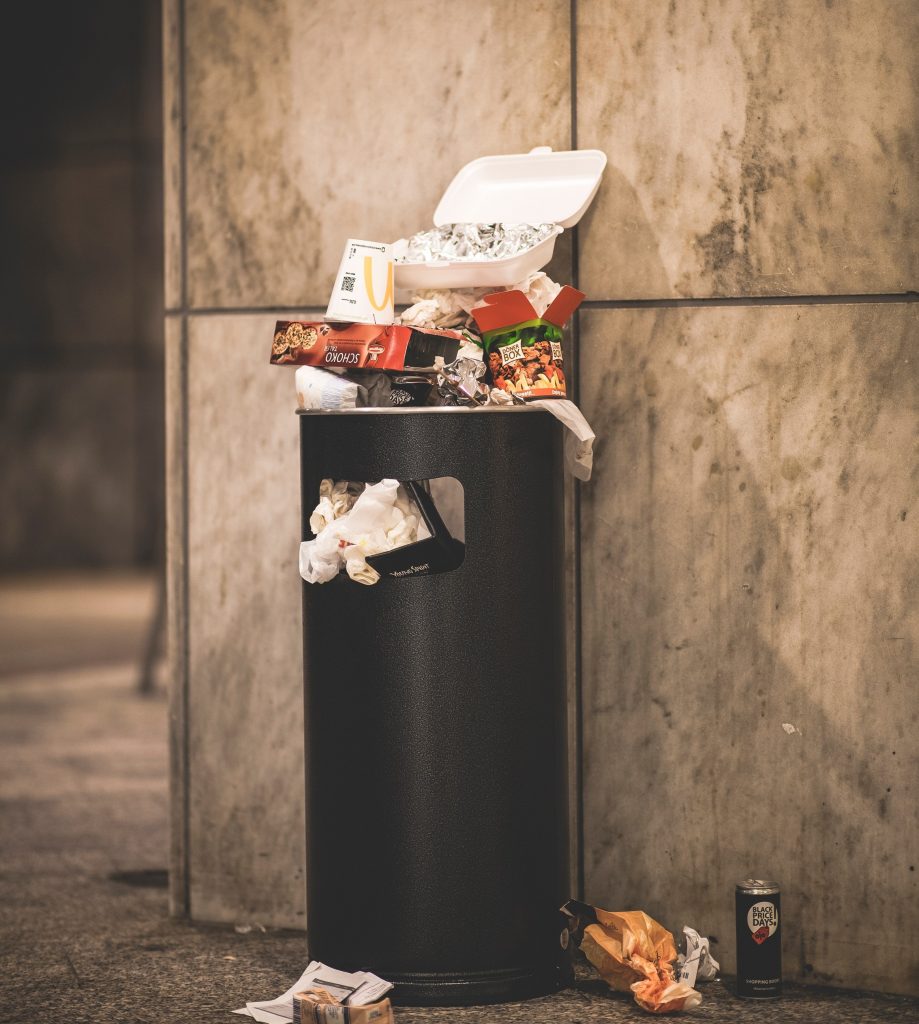 Food management becomes more complex as the number of humans in the household grows. Someone should start lifting weights to make waste management easier – they’ll take care of the leftovers.

The worst time to shop is after the gym or a long bike ride. While hungry we crave high calorie foods. If I shop on an empty stomach, I’ll grab cheese, ground beef and a baguette. I make a point of avoiding the grocery store while hungry rather than relying on discipline.

This is an example of managing your environment. It’s not that disciplined people exercise more willpower. They instead structure their environment to avoid tempting situations. Make good tasks easier to do, and engineer obstacles for bad habits. This is covered well in this post by James Clear – the author of Atomic Habits. 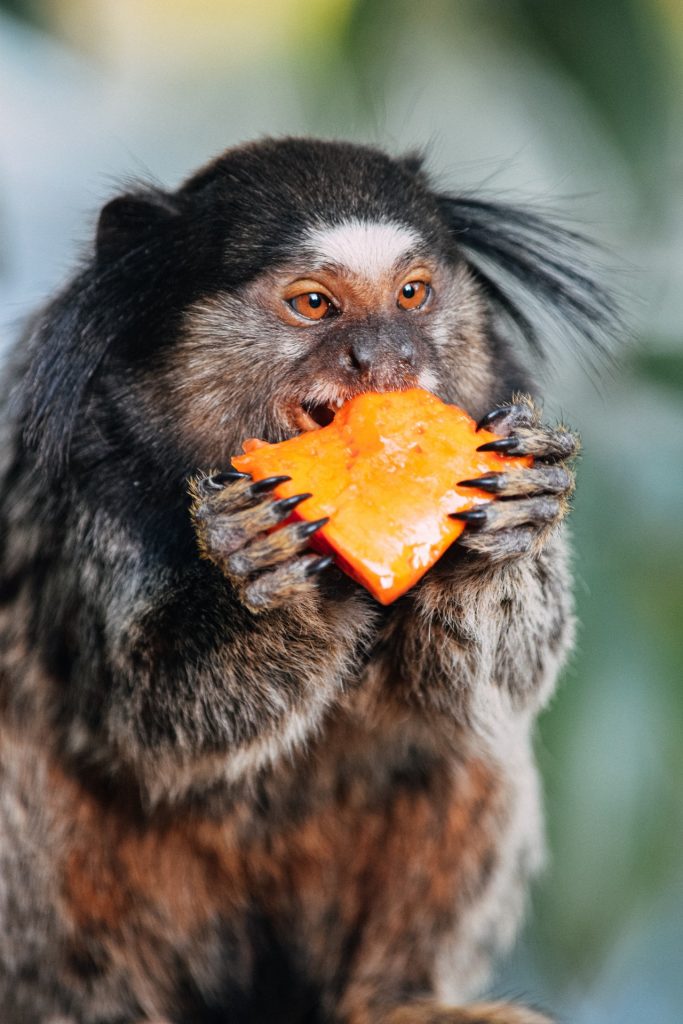 The pandemic showed you how much you can save by eating at home. Cooking your own food is cheaper and healthier than eating out.

It’s nice to enjoy eating at restaurants, but it can quickly get out of hand. The key is to set a spending limit on dining and eating out and to develop meal preparation habits for routine lunches at work.

You can figure out how much you spend on food by conducting an expense audit. To do this you have to sift through two months’ worth of debit/credit card statements and categorize expenses. You can use this expense audit tool to make things easier for you. It breaks out restaurant eating, vs groceries.

Frequently grabbing fast food or eating out at restaurants forms habits through sheer repetition. Your habit will be to pay for convenient meals.

Habits are hard to break, but you have to buckle down to build and reinforce new replacement habits.  To do so, you can alter your environment to make it harder to eat out and easier to cook at home.

Here are some ways you can build new habits to make your own lunch and dinners:

Socializing revolves around food, as it has for thousands of years.  It’s too easy to grab a bite to eat with friends’ twice per week, adding up to hundreds of dollars a month.

Instead of eating out, try changing the group dynamic. Invite people to your house, where five people can eat for the price of one. You can suggest bringing lunch to the park next time, where you can eat your packed lunch. 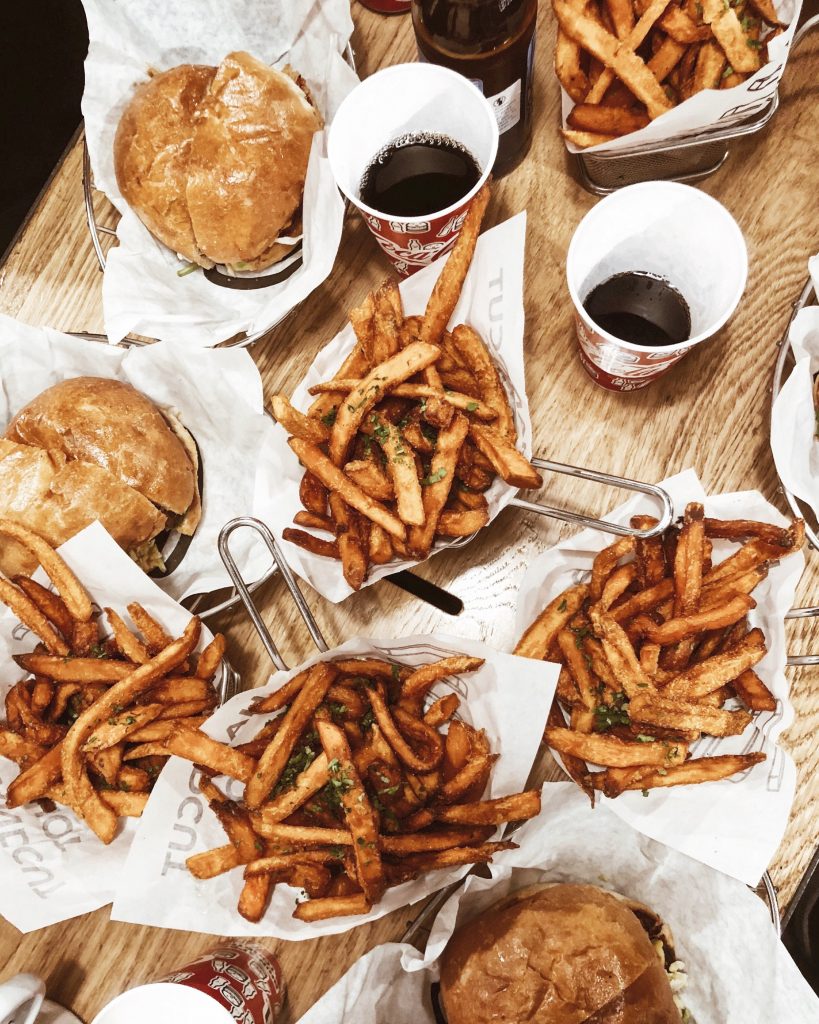 The global stock market has provided a 7.3% return since 19003. It’s reasonable to expect global stocks to return of 7.3% annually over the long term going forward. It’s easy to access these returns via globally diversified indexed funds. 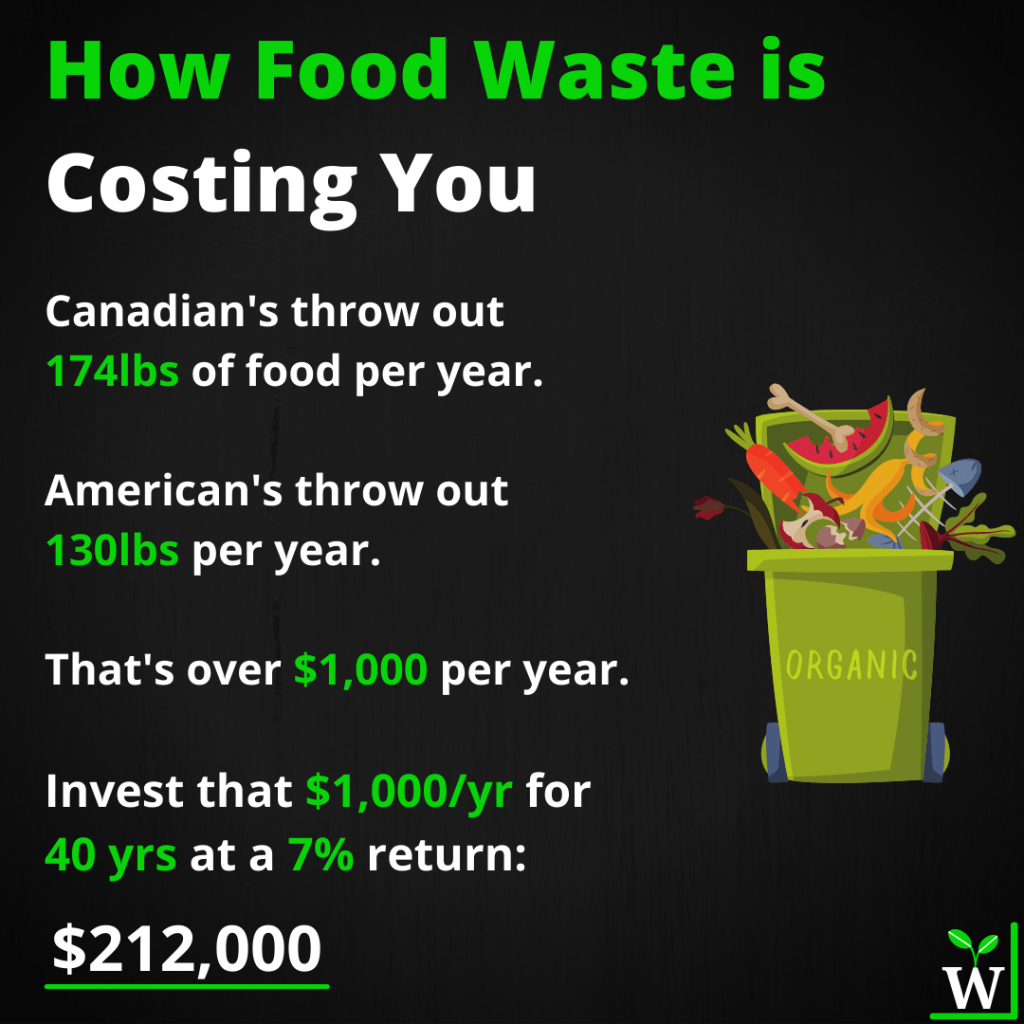 Spending today comes at the opportunity cost of future wealth. Here are some example assuming the historical global average return of 7.3%:

You’ll be way better with money if you view purchase decisions through the lens of opportunity cost. This powerful concept applies to all decision-making in the face of scarce resources.

I need 3,000 calories per day, so I focus on key staples such as rice, almonds, beans, milk, vegetables, fruit, chicken and eggs. These are both cheap and healthy.

Cooking at home consumes time. To overcome this challenge, I cook in bulk and eat of the same meals over and over. It’s boring and isn’t for everyone. I don’t mind, because I get six meals for one hour of cooking time.  Plus, as an index investor, I’m used to boring.

The value of your time matters. We tend to overvalue money and undervalue time. Higher-income folks may be better off using services that deliver healthy meals to their door to save the time associated with cooking and dishes. They may determine that the time savings are worth the opportunity cost of spending.

Most key staples are found on the outside of the store – the perimeter. Vegetables, raw meat, bread, eggs, milk, and nuts. This food is healthy and relatively cheap unless you  eat organic.

The inner aisles are filled with garbage. Cake mix, sauce, sugar-filled cereal, 2L bottles of pop, chips and frozen pizzas. This stuff may be cheap, but it will destroy your energy and your health wealth.

It’s not black and white. Some key staples exist in the interior aisles, including rice – the mother source of frugal complex carbs. On the opposing side, you’ll still find some garbage along the perimeter. Examples include the deli section, perogies, ice cream, and frozen dinners live on the perimeter. Avoid these.

Don’t let your sneaky brain treat “the perimeter” as a black and white rule that can be used as an excuse to buy garbage.

Your Net Worth: Why It’s Important

Learn why net worth is important in personal finance. Further, learn how to measure and grow your net worth.

The Endowment Effect: How It Can Hurt You Financially

The endowment effect causes you to over-value things you own.

Self-Discipline: The Key to Becoming a Good Saver

Your ability to endure hardship today will increase long-run income. Similarly, your ability to delay today’s pleasure will help you reduce spending. Self-discipline is key to increasing your savings rate.

I don’t want you to blow up in your investing career. Understand investment risk and the factors that influence your unique risk tolerance.

Canadian investors – there is something you need to know. The CRA has released the 2022 TFSA contribution room limit.